Proud to be in business over 40 years!

RC Baker Ltd is a family run contracting business based near Banbury, Oxfordshire.  Established in 1974, after a chance meeting with a hay and straw merchant who at the time was looking for help loading, Charles bought his first Ford 4000 and the business began from there.

During the first twenty years, RC Baker Ltd offered services in hedge cutting, baling, muck spreading and silage making for forty-six local dairies.  At the time the company ran a fleet of four hedge cutters, four balers and ten muck spreaders but after the collapse of the dairy industry in the early nineties, nearly half of the business was lost overnight.  With four young children to support, the temptation could easily have been to throw in the towel, but Charles and Mary sought to restructure the whole business by scaling back, looking for new opportunities and exploring other financially viable avenues.

Over the next ten years Charles slowly rebuilt the business and returned to the forefront of the local arable and livestock sector due to an increase in demand for grass, maize and whole crop silage with the help of his two sons Christopher and Stephen. With the rise of AD plants, the business branched out and established itself as a specialist in the application of organic fertilisers in the form of green waste compost and digestate.  Importing the UK’s first Kaweco/Xerion tanker in 2008, RC Baker Ltd has carved the way in slurry and digestate applications. The business has continued to diversify into non-agricultural operations with Agri.Cycle waste recycling and environmental work with the RSPB.  In 2009 this growth and achievement was recognised when RC Baker Ltd won the coveted Farmers Weekly Contractor of the Year Award.

As Charles and Mary now begin to enjoy more leisure time, sons Christopher, Stephen and daughter Jennie are becoming more involved in the day to day running of the business. Under the guidance of their parents, they will look to continue to move with the times and grow the company, looking for new opportunities and ventures. 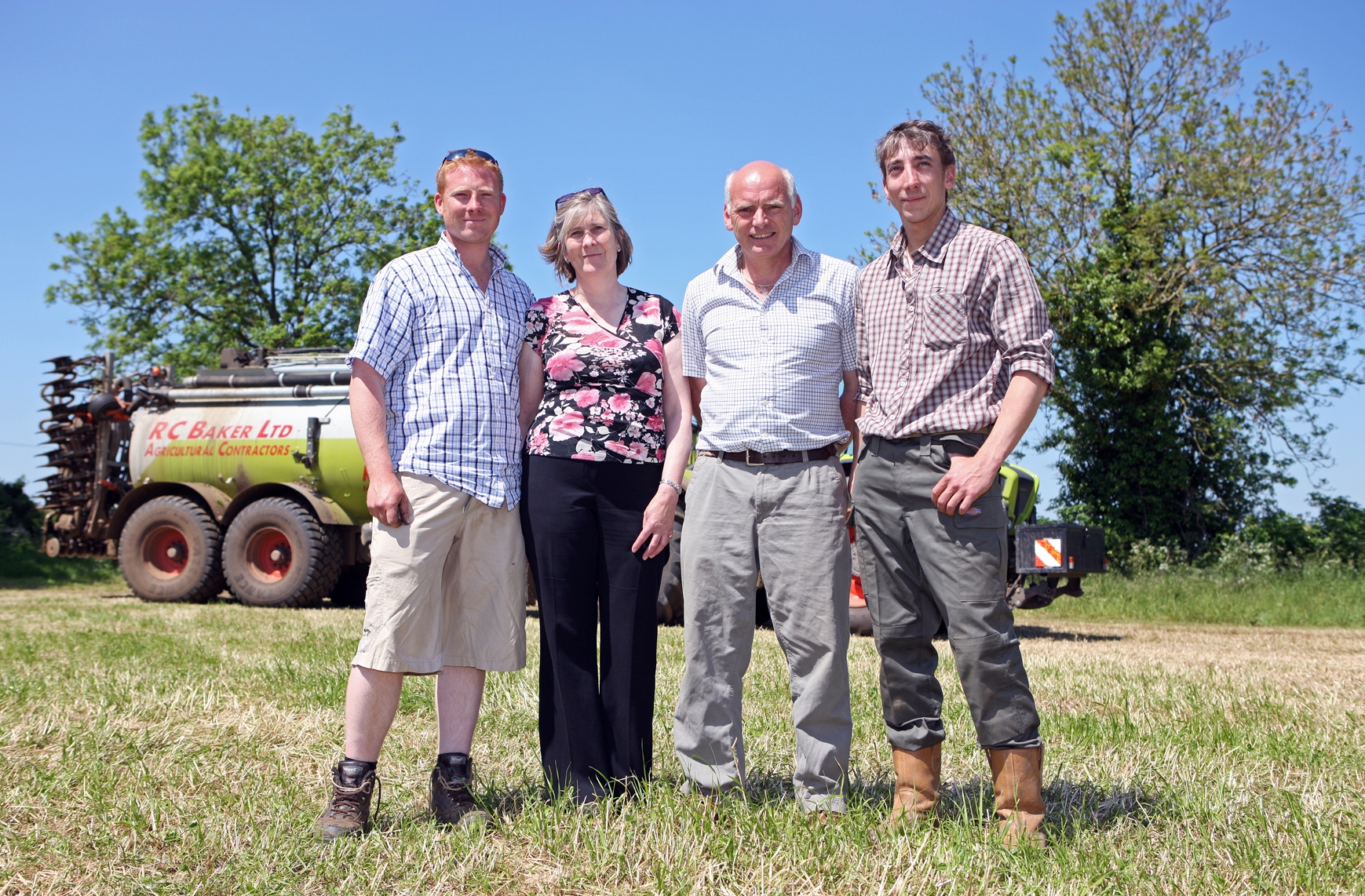