In 2015 RC Baker Ltd played an important role in one of Europe's largest conservation projects; the Wallasea Island Wild Coast Project.  The island is mainly arable land surrounded by a sea wall along the tidal River Crouch and although the project is ongoing until 2025, the RSPB hope to combat threats posed by climate change and coastal flooding by recreating the ancient mudflats, saltmarshes, lagoons and pastures providing ideal breading and nesting ground for important wildlife.

During June 2015, Chris Baker using our Challenger tractor, the RSPB's Rotary Ditcher and soil taken from the London Underground extension works created a series of shallow ditches to extend the natural mudflats and salt marshes aiding the establishment of this 10,000ha saltmarsh reserve in Essex. On July 11th 2015, The Wallasea Island Wild Coast Project passed an important milestone with the successful completion of three new sea wall breaches, with the tide entering the new 155ha Jubilee Marsh for the first time in over 400 years.

Wallasea Island before the breaching of the sea walls 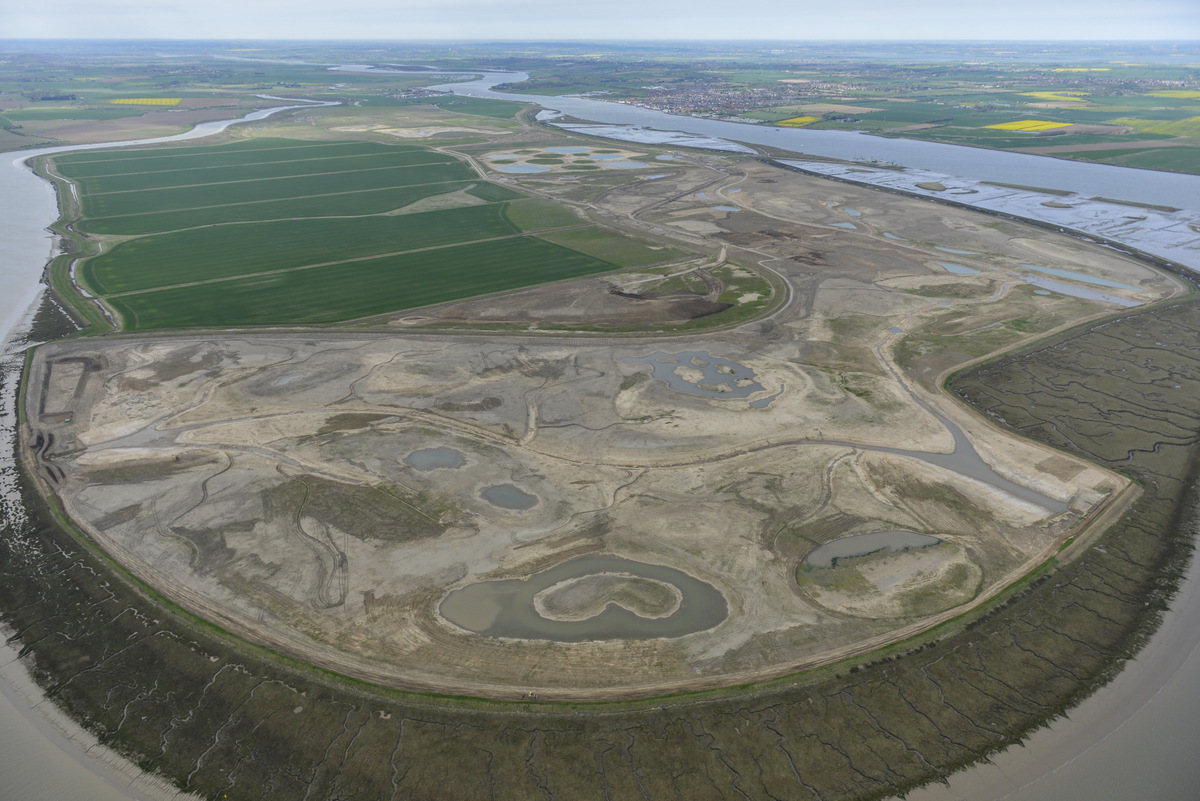 Wetland Restoration with the RSPB
If you have a wetland grassland site that could do more for birds and other wildlife you may be able to increase the environmental value in association with the RSPB and RC Baker Ltd. This work can be eligible for funding through environmental grants including Higher Level Stewardship. Read more

If you are interested in our case study for Wallasea Island Project why not give us a call on 01869 338307 or send us an enquiry.


"RC Baker are a very helpful team of people who get the work done on time so that we can spend more time with our livestock.  "